As I move away from Facebook I’m spending more time on Twitter. Not that Twitter has some kind of claim of moral authority over Facebook, and I’ll probably move on to more MeWe/Mastodon eventually, but in the meantime I’m using Twitter and it has one big annoyance for me: Twitter jail.

Twitter kicks people off its platform like many social media sites do, but Twitter jail is when someone is temporarily suspended. The Tama Tonga example is the best non-political example I could find. Professional wrestler Tama Tonga got into a pretty fierce online altercation with a fan, then had his account locked by Twitter for a period of time (24 hours? 48? It’s not clear) after which he came back to Twitter looking for the person who got him suspended. Twitter will also apparently lock your account if you tweet too much within a certain time span.

When I’m on Twitter I’ll see tweets like “So and so got suspended,” or “So and so deleted their account,” or “So and so is in Twitter jail.” Naturally this makes me curious. Who were they? What were they talking about? Whether you can see someone’s tweets and activity is dependent on things like whether or not you’re following them and what kind of penalty they’re experiencing, so I made a tool that lets me look at a suspended/deleted/vanished Twitter page without using Twitter at all.

So if I wanted to see the tweets from my friend Daniel Gray I’d type mpgomatic in the search box: 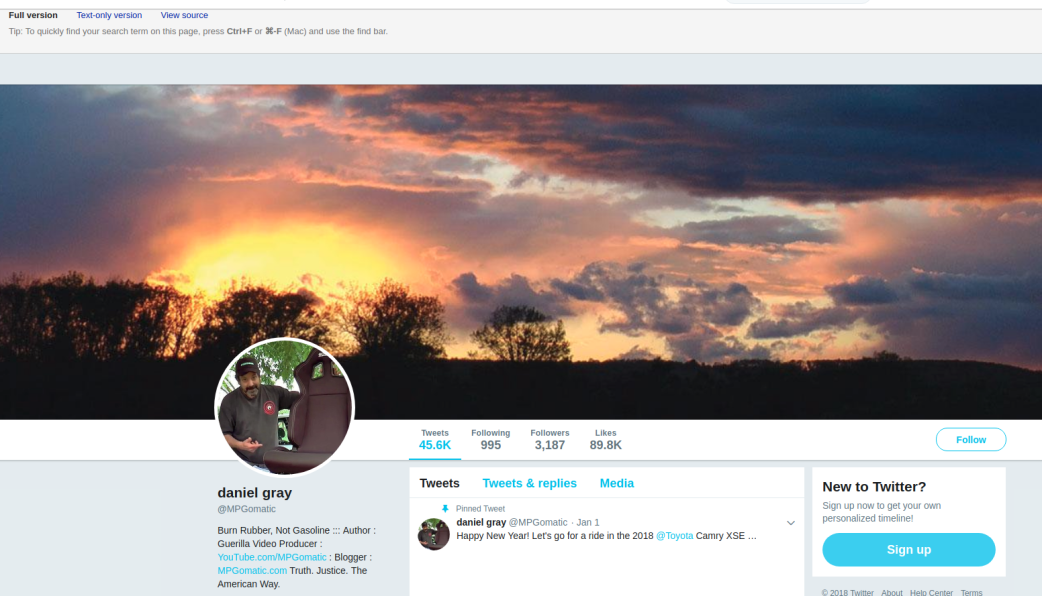 But it is just a sense. It won’t give you a deep dive into the user’s account. For that I’ll give you another bookmarklet.

The Internet Archive’s Wayback Machine archives Twitter and other Web pages going back. Way back. I found the best example for this is the Arby’s Twitter account. But first, the JavaScript for the Wayback Machine bookmarklet:

Use arbys with this bookmarklet and you’ll get a map of all the times Wayback Machine indexed the Arby’s Twitter page.

If you look at individual dates you’ll see that the Arby’s Twitter handle was apparently owned by some random person in 2010. And they really wanted a phone from SquareSpace. 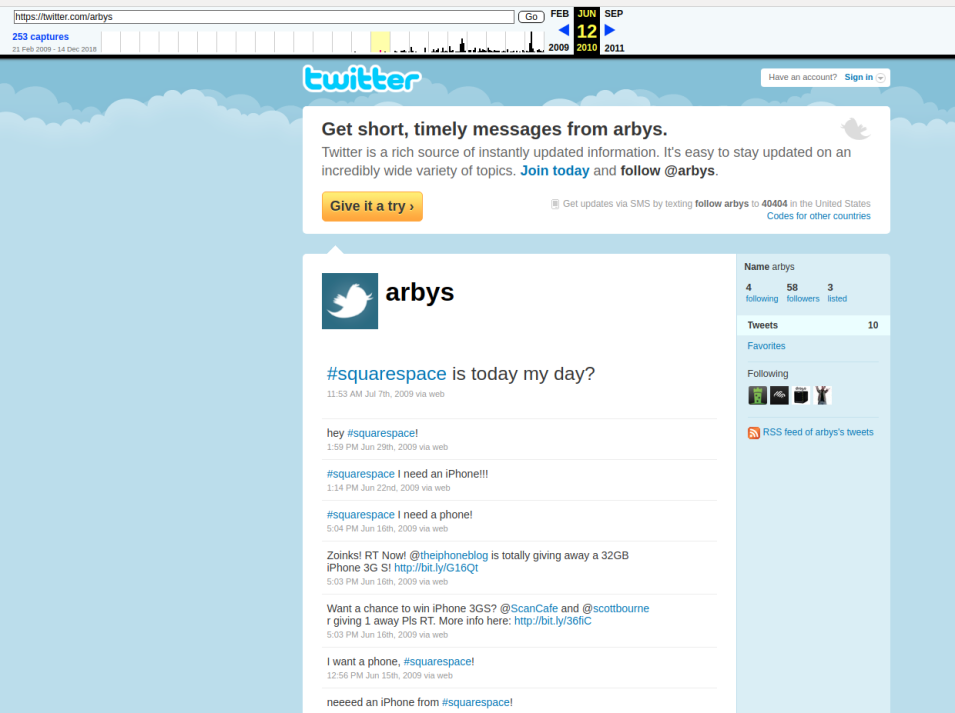 And by the fall of 2010, Arby’s was the Twitter account we all know and possibly love depending on your opinion of roast beef sandwiches and suchlike.

Twitter is not without (lots of) problems, but I still find it an invaluable source for information on new databases and archives (not to mention the cool people I’ve met.) These two bookmarklets make it a little easier to get the backstory on a user when they’re in Twitter Jail or you need more context than just a couple pages of tweets.